THE ISLAND OF LA TOJA, HOW IT ALL BEGAN

During the XVIII century the island of La Toja was still unknown by the inhabitants of O Grove, mainly because the waters of the Atlantic Ocean that surrounded it and the gorse plants (tojo in Spanish, which is where the island takes its name from) made it hard to reach.

This helps to explain a local legend that the first resident was a donkey! Its owner had abandoned it because the animal was in very poor health but was amazed on his return to discover that it was stronger than ever. The properties of the island’s spring water and mud had revitalised it. 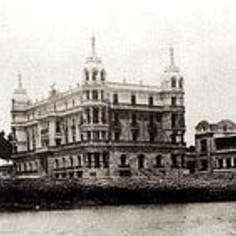 In 1841, the botanist Antonio Casares confirmed what the donkey had discovered. The Galician chemist and pharmacist found metals including calcium, iron, magnesium and sodium. These, combined with temperatures of between 30 and 60 degrees centigrade, make the waters the ideal place to cure certain illnesses. The owner, known as the Marquess of Riestra, was in no doubt; here was a business opportunity. A year later he received authorisation to open the first Health Spa on la Toja.

But the Marquess didn’t stop there and in 1907 the Gran Hotel de la Toja was opened. Some interesting facts about the hotel include:

– The architect was Vázquez-Gulías from the Galician town of Ourense.

– The building was inspired by other health spas such as Vichy in France, Marienbad in the Czech Republic or the German spa of Baben Baben.

-It was the first time that reinforced concrete was used in construction in Galicia.

The success of the Health Spa and Hotel was partly thanks to the construction of a bridge that made access to La Toja easier. Until that moment this was only possible by walking across in low tide or by boat. It is worth noting that the bridge was the longest in Europe at the time, at nearly 300 metres in length.

His business soon needed to take the next step. Whenever the big stars of the day visited the health spa they were very satisfied and left feeling physically revitalised. But obviously they then had to return to their homes and their daily routines. The Marquess had the great idea of marketing salts from La Toja. This way visitors would be able to enjoy the benefits of the island at any time. In 1904 the company put the first La Toja soap on sale.

During the Spanish Civil War, Gran Hotel la Toja was converted into a field hospital. Then after the war it became a refuge for those wounded in the conflict. Some time later the hospital fell into the hands of Pedro Barrié de la Maza, who tried to breathe new life into the project by opening the casino in 1987, making the first major changes to the Gran Hotel and transferring the manufacture of La Toja products to A Coruña.

These projects helped the complex to return to its heyday. In 1989 the Bilderberg Group chose the installations to host one of their annual meetings and other major celebrities including politicians and singers came to this oasis to enjoy the peaceful surroundings. Save

In 1990 the last major reform took place. And in 2007 production ceased in Galicia, bad news not only economically but also in sentimental terms.

Despite everything, the Eurostars Gran Hotel La Toja remains the only five-star health spa in Galicia. A place where guests can not only relax in its rejuvenating waters and muds but also a magical place, a paradise where one finds the peace and disconnection that is sometimes needed and where you just might get to take a selfie with a famous person to share with friends.

If you have any queries or wish to arrange a visit to our show flats, just write to us and we will be in touch.